We use cookies to ensure that we provide you with the best possible experience on our website. More information on the cookies we set can be found in our privacy notice.
I'm okay with this
Home » About us » Newlon celebrating 50 years 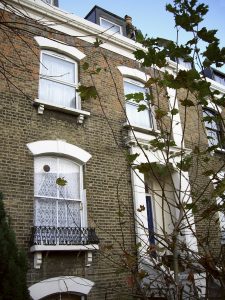 In 2018 we celebrated our 50th anniversary. Here you can read some background about what has changed over that period, both for us and for the area where we began.

Back in Hackney in 1968, things weren’t that different than today. There was a chronic shortage of affordable housing, massive waiting lists and the widespread spectre of homelessness.

Action needed to be taken. Philip Blairman and colleagues from the New London Synagogue decided to set up a housing association to help local people find decent and affordable homes.

Newlon was first conceived in 1967 and formally came into being as an Industrial and Provident Society on 13th February 1968.

We bought our first two homes in Amhurst Road and Evering Road in Hackney in August 1968. They were refurbished and converted into flats to let at affordable rents and the first residents had moved in by December 1968.

Both homes were bought for a total of £10,500. By contrast if the house in Evering Road was sold today it would probably sell for over £2 million.

Newlon quickly expanded, moving to our first offices at 1 Stamford Hill and appointing a full-time manager.

It was at these offices in July 1971 that Sue Jones, who worked for us for the next 45 years, joined from a solicitor’s firm in the same building. At the time we had six homes and she was the fourth  staff member.

Today we have 8,000 homes across north and east London and, with our care and support partner Outward, our Group employs more than 600 people.

We have delivered ground-breaking regeneration schemes at Arsenal and Hale Village and restored an iconic Edwardian Town Hall in Tottenham. We have refurbished and run the Barnsbury Estate in Islington in partnership with residents. We provide a wide range of supported housing, run a variety of community programmes and are consistently one of the main providers of new affordable housing in London.

It is a record we can truly be proud of.

How did the 1960s change the housing sector?

The BBC TV Play Cathy Come Home, broadcast in 1966, is famous for bringing to light issues which were not widely discussed in the media at the time, including unemployment, homelessness, poverty and women’s rights. It was watched by a quarter of the UK population at the time. With its hard-hitting, controversial subject matter and realistic documentary style, it had a lasting impact on the huge audience who tuned in.

A number of London housing associations including Newlon, Notting Hill, Wandle, Hyde, Catalyst and Genesis were founded in this period.

The well-respected homelessness charities Crisis and Shelter were also formed.

What was the cause of the shortage of homes  in London?

Over a million homes are estimated to have been destroyed or damaged in London during the Second World War. Combined with the post-war baby boom and the large scale slum clearance programmes of the 1950s and 1960s this led to a serious shortage of affordable and decent housing with many people living in homes unfit for habitation. 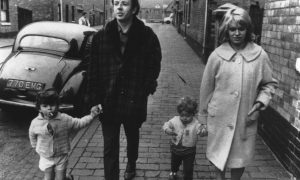 One issue covered in Cathy Come Home and raised by organisations such as Crisis and Shelter at the time is that local authorities prioritised people being moved due to slum clearance. This created long housing waiting lists for people living in often uninhabitable accommodation that was not part of the  clearance programme.

The newly set up housing associations helped to fill this gap.

Although London has undergone massive regeneration since the late 1960s and the overall standard of accommodation and tenants’ rights have improved significantly, we are still faced by a massive demand for affordable housing.

This is driven by the shortage of land available for affordable housing development, the massive increase in land values and the significant increase in housing costs compared to income.

What was Hackney’s housing situation in 2018?

50 years after we were founded, research released by the National Housing Federation in 2018 showed that in Hackney the average price to buy a property was almost £600,000, with average private rents over £1,800 a month, leaving the area unaffordable for many.

About 3,000 of the people on Hackney Council’s housing waiting list were homeless families in temporary accommodation. This number tripled over the previous five years. In addition 35% of working families in the borough were claiming housing benefit.

These serious problems remain and reinforce the need for more affordable housing in London. This is where housing associations like Newlon can continue to play a key role.

Find out more about our anniversary

You can learn more about our 50th anniversary by downloading our 2018 Annual Report anniversary supplement.

We also made a short film, which you can watch below.